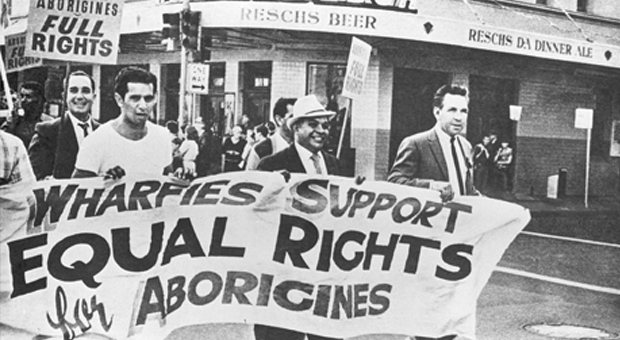 When Aboriginal people began to organise politically, there were often sympathetic non-Aboriginal people to help in the struggle, some of them unionists. From the 1950s, unions and Aboriginal organisations worked closely to build momentum towards the 1967 Referendum on Citizenship Rights and Commonwealth control of Aboriginal affairs.

Unions helped Aboriginal people from regional areas to get jobs in Sydney, and offered support in the education sector by financing scholarships at Tranby College. The Builders Labourers Federation was a sponsor of the Redfern All Blacks football team, and later placed a Green Ban on the development of The Block in the early 1970s.