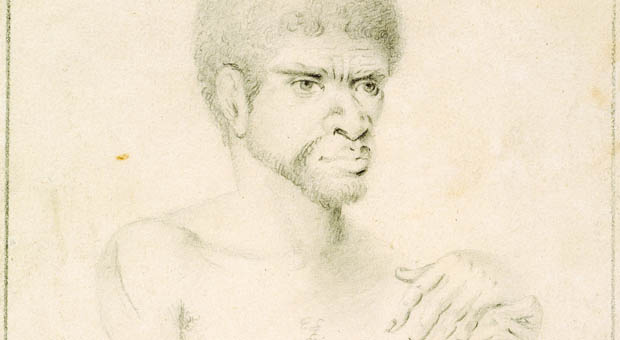 Colebee (also known as Coleby) was a warrior of the Gadigal clan at Port Jackson when the British First Fleet arrived in 1788. The customs and lifestyle of the local Aboriginal people were broken down very early as the colonisers began to fish, fell trees and shoot kangaroos. This pressure on the natural resources resulted in people starving during winter and members of tribes took up Governor Arthur Phillip’s offer and moved into town, often sleeping and eating in settler’s houses.

Colebee and Bennelong were both captured and held at Government House in 1789, although Colebee later escaped. Colebee’s wife was named Daringa.