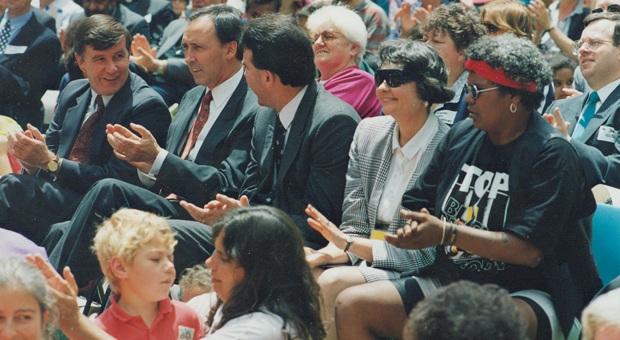 Redfern Park was the site of a speech given by the former Australian Prime Minister Paul Keating on 10 December 1992, to launch the Year of the Indigenous Person. Subsequently referred to as the ‘Redfern Speech’, it focused on reconciliation, and was the first acknowledgement by a Commonwealth Government of the dispossession of Aboriginal and Torres Strait Islander people.

“…It was we who did the dispossessing. We took the traditional lands and smashed the traditional way of life. We brought the diseases. The alcohol. We committed the murders. We took the children from their mothers. We practised discrimination and exclusion. It was our ignorance and our prejudice. And our failure to imagine these things being done to us. With some noble exceptions, we failed to make the most basic human response and enter into their hearts and minds. We failed to ask – how would I feel if this were done to me? As a consequence, we failed to see that what we were doing degraded all of us….” Excerpt from Paul Keating’s Redfern Speech, 1992.