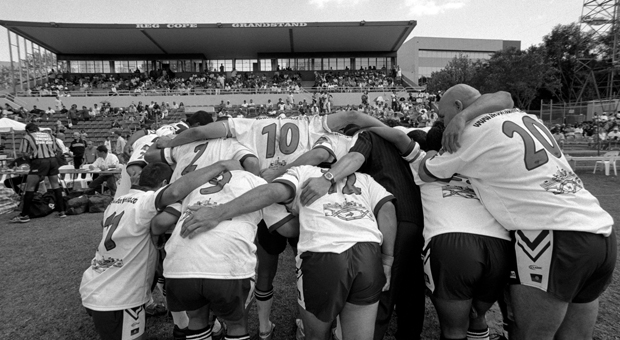 The NSW Aboriginal Rugby League Knockout, known to most as the Koori Knockout, has been held annually since 1971. It grew out of a longstanding tradition among Sydney’s Aboriginal community of playing and watching rugby league, starting in the 1930s with the formation of the Redfern All Blacks and the La Perouse Panthers.

Following a discussion with some of the players from these teams at the Clifton Hotel, it was decided to hold a knockout competition with Aboriginal rugby league teams from around NSW. The first Koori Knockout match was held in 1971 at the Camdenville Oval in St Peters, with the Sydney teams training at Redfern and Alexandria Ovals. In 1976, the Knockout was played outside Sydney for the first time following a win by the Kempsey All Blacks. From this came the tradition of the winning team hosting the Knockout the following year.

Until 1980, most of the Koori Knockout games were held in Sydney. But since then, the majority of the matches have been held in towns all over NSW, including Dubbo, Armidale, Moree, Walgett, Bourke and Nambucca Heads.