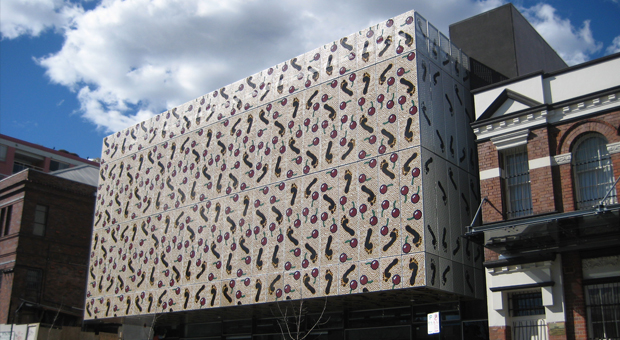 Exterior of the building for Gadigal Information Services designed by Tonkin Zulaikha Greer, with artwork by Adam Hill (photograph courtesy City of Sydney)

In 2005, the Indigenous Land Corporation acquired the buildings on Cope Street that had been occupied by Radio Redfern and the National Black Theatre. A new building to house the recording studios and offices of the Gadigal Information Service was designed by the architectural firm Tonkin Zulaikha Greer, with exterior artwork by Aboriginal artist Adam Hill. The building was opened here in 2008.