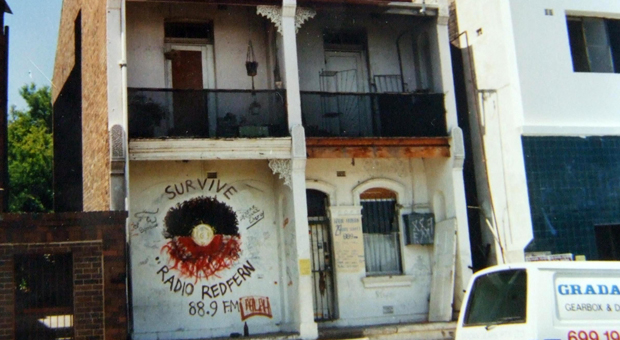 Maureen Watson and her son Tiga Bayles laid the foundations for Radio Redfern in 1981, when they started broadcasting for 10 minutes each week on community radio station 2SER 107.3 FM.

When Radio Skid Row (2RSR 88.9 FM) was allocated a community broadcasting license in 1984, it gave 10 hours of air time weekly to Radio Redfern. The station was initially broadcast from the University of Sydney, later moving to a terrace house on Cope Street in Redfern, still under the license of 2RSR.

Radio Redfern was considered the voice of the Aboriginal community in Sydney, and played a vital role in coordinating political protests against the Bicentennial celebrations in 1988 and Aboriginal deaths in custody in the early 1990s. Radio Redfern grew to have 40 broadcast hours each week, with all the announcers contributing their time voluntarily.