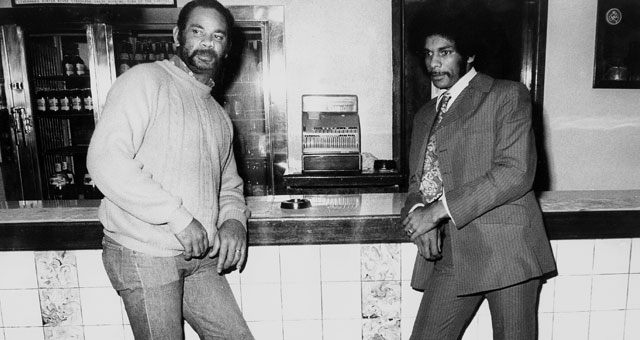 Bob and Sol Bellear at the front bar of the former Clifton Hotel in 1973, where they were refused service. (Photograph Richard John Pinfold, courtesy Fairfax Media).