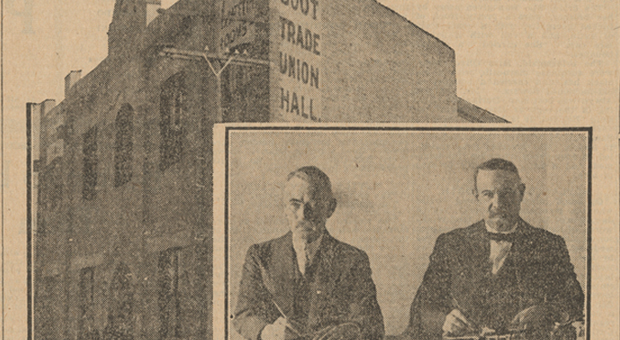 The Boot Trade Union Hall at Redfern was a popular gathering place for Aboriginal people living in Sydney following the Second World War, especially for dances on Friday evenings.

It was also the site of an important Aborigines Progressive Association (APA) meeting in 1946. It was addressed by William Ferguson and Bert Groves to protest about the poor conditions of Aboriginal workers at Oodnadatta in South Australia.