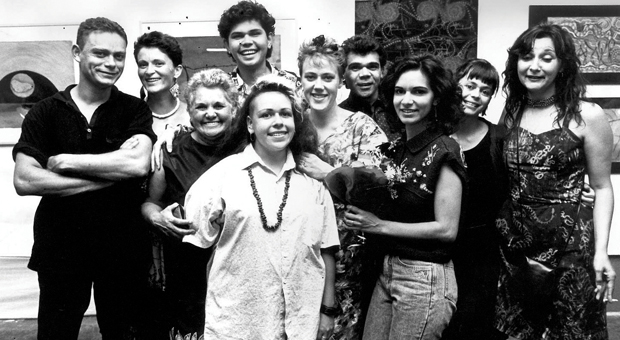 Boomalli is an artist-run cooperative which was formed in 1987 by a group of 10 urban Aboriginal artists working across a range of media from painting and photography to sculpture and print making. The word boomalli means ‘to strike’ or ‘make a mark’ in at least three Aboriginal languages: Bandjalung, Kamilaroi/Gamilaraay and Wiradjuri.

The cooperative was originally based in a rented warehouse at 18 Meagher Street in Chippendale. In 1993, Boomalli moved to larger premises on nearby Abercrombie Street which provided an exhibition space and artist studios, and it was later relocated to Annandale. After almost a quarter century, the Boomalli cooperative was finally given its first permanent home at 55-57 Flood Street, Leichhardt in 2011.