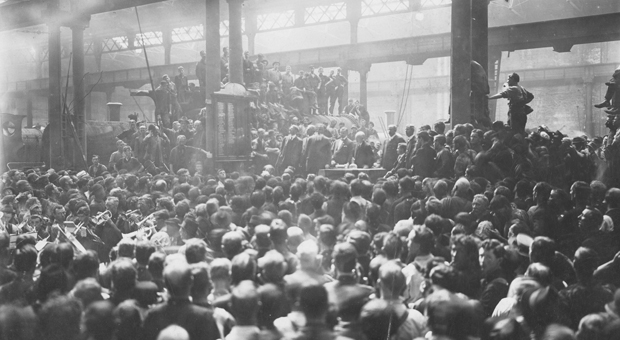 Workers at the unveiling of an honour board at the Eveleigh Railway Yards in Redfern (photograph courtesy Noel Butlin Collection, Australian National University – hdl:1885/203)

Eveleigh Railway Yards was Sydney’s largest employer from the time it opened in 1886. It was also one of the biggest employers of Aboriginal people living in Sydney.

Many Aboriginal men also worked in the Alexandria goods yard loading trains with kegs and potatoes and on the waterfront docks at Walsh Bay and Darling Harbour.

Following the closure of the Eveleigh Railway Yards in the 1980s, the former workshops on either side of the railway line were converted for other uses. On the southern side in the former Locomotive Workshops is the Australian Technology Park, and on the northern side is CarriageWorks, a hub for contemporary arts and culture. There is information displayed at both sites that describes some of the work practices that took place here.