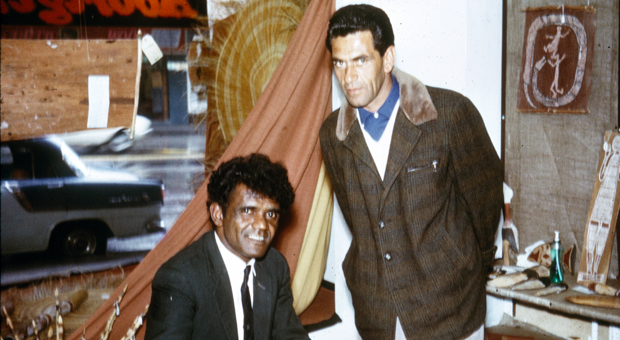 Charles ‘Chicka’ Dixon was born at Wallaga Lake and worked as a stevedore on Sydney’s wharves. He worked in the Seamen’s Union as a shop steward before following the political footsteps of those who inspired him.

Chicka Dixon heard Jack Patten speak at the Foundation for Aboriginal Affairs in 1946 and decided to devote himself to Aboriginal causes. However he had to battle alcohol and self-rehabilitation before getting seriously involved in the 1960s. He became a member of Federal Council for the Advancement of Aboriginal and Torres Strait Islanders (FCAATSI) and the Aboriginal Arts Board promoting Aboriginal art and culture through the establishment of a touring art exhibition and compering the first national country and western music festival.

Dixon was named Australian Aborigine of the Year in 1984. He worked at a half-way house for released prisoners at Summer Hill in his retirement. He died in 2010.