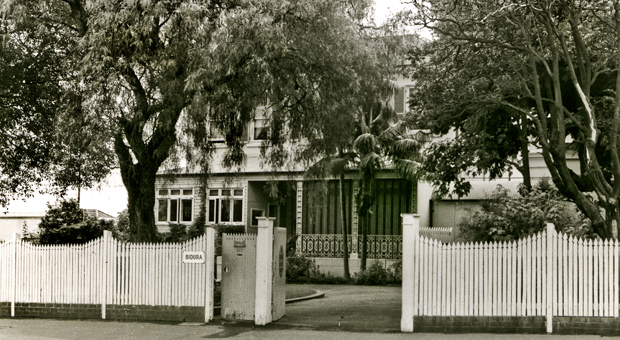 Bidura was a grand residence designed and built as a family home by architect Edmund Blacket. It was purchased by the NSW Child Welfare Department in 1920 for use as a ‘home’ for female wards of the state. Nearby Royleston fulfilled the same purpose for boys.

Many held here were Aboriginal children who were forcibly separated from their families. These children would later be known as the Stolen Generations. In 1973, Bidura was stormed by women liberationists in protest about the brutal conditions for female wards in state institutions. In 1980, residential facilities were closed and a new building was constructed at the rear to house a children’s court.

Bidura and Royleston were two of a number of residential homes established in the 20th century for the care and control of wards of the state in NSW. They housed children up to the age of 18 who were assessed by the children’s court as being uncontrollable, delinquent or neglected. Both these places have significance for Aboriginal and non-Aboriginal children who were removed from their families. They are remembered as places of punishment and isolation, as acknowledged in the Bringing them Home and Forgotten Australians reports.

Find out more about Bidura on the Find and Connect website.