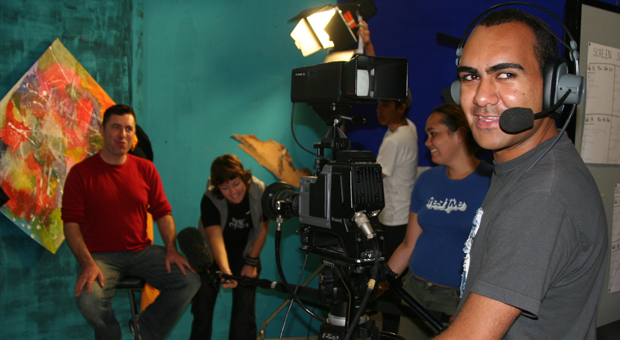 The Eora Centre (now Eora College) in Chippendale is a campus of the Sydney Institute of TAFE. Originally located at Regent Street, and later relocated to its present site on Abercrombie Street, it has been a centre for contemporary visual and performing arts and Aboriginal studies since it was established in July 1984.

The Eora Centre nurtured a range of practising visual artists including Roy Kennedy, H J Wedge and Euphemia Bostock. Many went on to be involved with the Boomalli artists’ cooperative, while others now have their works exhibited at the Yiribana Gallery at the Art Gallery of NSW.