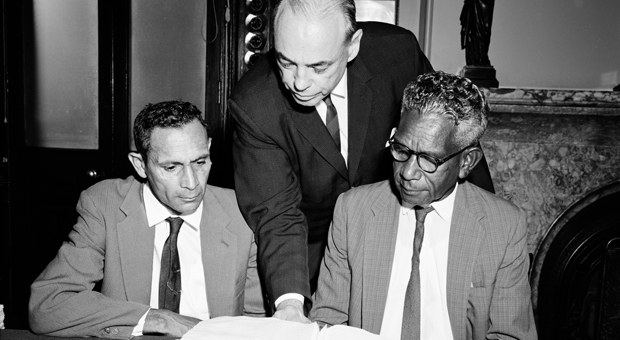 The Chief Secretary’s Building on Macquarie Street was the meeting place for the now notorious Aborigines Welfare Board until the Board’s abolition in 1969.

The organisation was formed in 1883 under its original name, the Board for the Protection of Aborigines. Its purpose was to make recommendations about the conditions of Aboriginal people living in NSW. Under the 1909 Aborigines Protection Act, it became responsible for administering Aboriginal stations and reserves throughout NSW and for providing food, clothing and housing for the people living there.

The Board could control where Aboriginal people lived and worked and because it was authorised to remove Aboriginal children from their families, it was instrumental in the creation of the Stolen Generations. The Aborigines Welfare Board was reconstituted in 1943 to include two Aboriginal members for the first time.