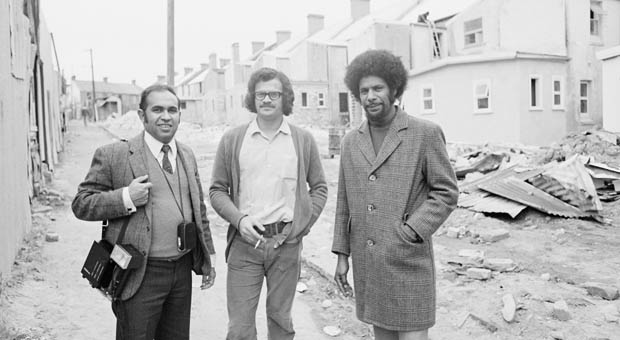 There has always been an Aboriginal presence in Redfern because it is centrally located, housing was once relatively cheap, and it was close to industry and jobs in South Sydney.

During the 1930s Depression, many extended families moved to the area around Caroline, Eveleigh, Vine and Louis Streets, which became known as ‘The Block’. The local population continued to increase, especially following the 1967 Referendum on Citizenship Rights which saw the abolition of NSW’s reserve system, which put pressure on housing in Sydney. In the early 1970s, squatters occupied vacant terraces on The Block as a political and practical response to overcrowding and homelessness.

The Aboriginal Housing Company was formed in 1973 by Aboriginal leaders and supporters. It bought the first six houses on The Block with a grant from the Whitlam Labor Government, and acquired the last house there in 1994.

The Aboriginal Housing Company is now seeking to redevelop and revitalise The Block as part of the Pemulwuy Project.