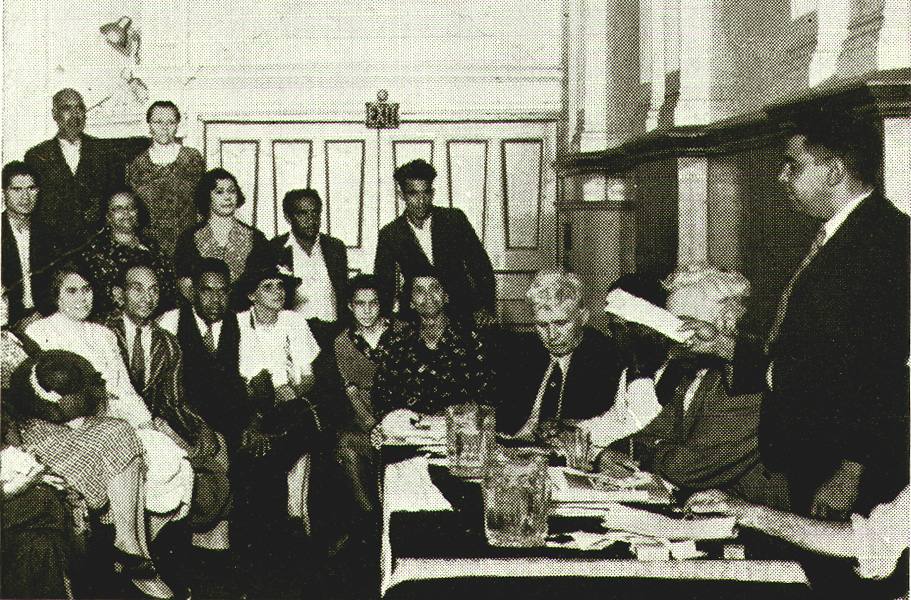 Taken by a photographer from Man: the magazine for men, this image shows a section of the Day of Mourning meeting which took place in the Australian Hall at 150 Elizabeth Street on 26 January 1938; John Patten is standing on the right (Mitchell Library, State Library of NSW - MLQ059/9)

A History of Aboriginal Political Thought is a five week course taught by Paula Jane Byrne at WEA Sydney. The course concentrates on Aboriginal political perspectives since 1788. It deals with Aboriginal readings of the state and its role in people’s lives which at times incorporates non – Aboriginal people as well. Influences drawn on and rejected are discussed as well as Aboriginal analyses of history. It relies on printed and some documentary sources.