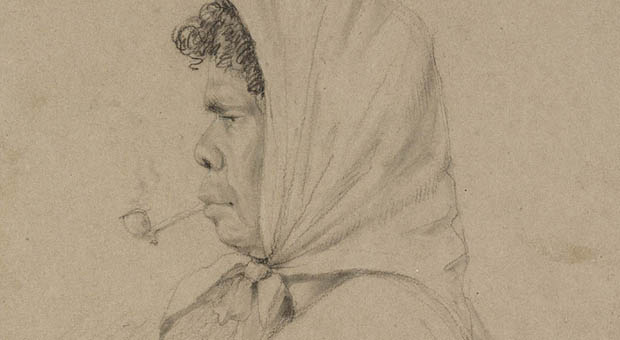 Cora Gooseberry was wife to King Bungaree and was an identity in Sydney for 20 years after his death.

Her Aboriginal name was recorded as ‘Carra or Kaaroo’. She was known as ‘Queen of Sydney and Botany’ and ‘Queen of Sydney to South Head’, and was often seen wrapped in a government issued blanket, her head covered with a scarf and a clay pipe in her mouth sitting with her family and other Aboriginal people camped on the footpath outside the Cricketer’s Arms, a hotel on the corner of Pitt and Market Streets in Sydney. She befriended Edward Borton, the owner of the hotel, who later owned the Sydney Arms Hotel in Castlereagh Street where he allowed Cora Gooseberry to sleep at nights, and where she was eventually found dead at the age of 75. Borton paid for a gravestone and her burial in the Presbyterian section of the Devonshire Street Cemetery (now covered by Central Railway). Her gravestone was transferred to the Pioneers Cemetery at Botany.

Her portraits by Charles Rodius and William Henry Fernybough (made in 1834) and her breast plate are at the Mitchell Library at the State Library of NSW.