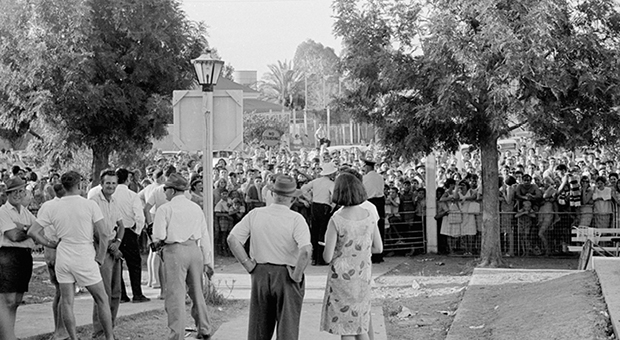 In May 1967, as civil rights movements worldwide were at their peak, the referendum to remove passages in the Australian constitution which discriminated against Aboriginal people passed with a ‘Yes’ vote of over 90%.

As we near the 50th anniversary of the 1967 referendum – a crucial milestone in the ongoing struggle for the rights of Indigenous people in Australia – it’s clearer than ever that such victories are to be celebrated. This stunning show, co-presented by Sydney Festival and Sydney Opera House, will be performed on the land of the Gadigal people in one of Australia’s most recognisable modern icons. Some of the greatest songs of the civil rights movement will be reinterpreted by Aboriginal and Torres Strait Islander stars, including Dan Sultan, Thelma Plum, Radical Son, Leah Flanagan, Emily Wurramara, Alice Skye, Ursula Yovich and Yirrmal, as well as award-winning artist Adalita. Sydney Festival, co-presented with Sydney Opera House.