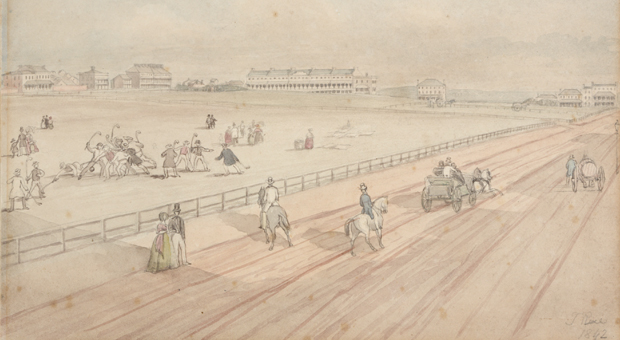 Until the mid-1820s, Aboriginal people travelled from all over Sydney, and as far away as the Hunter and the Illawarra, to gather at a ceremonial contest ground to the south of the city. The exact location of this site of ritualised conflict settlement and resistance is unclear. Described as lying between the road to Botany Bay and the Brickfields, it was probably near Hyde Park South.

Bloody fist fights involving up to 100 people, spearings and beatings were used to resolve conflicts at the Brickfields contest ground. These were observed and recorded by visiting Russian sailors in 1814, and again 10 years later by the French explorers Dumont d’Urville and Rene Lesson.